Share
A select hacker group that is superior in terms of ability or qualities to the rest of a group or society tried to break into the World Health Organization earlier this month as sources confirmed. 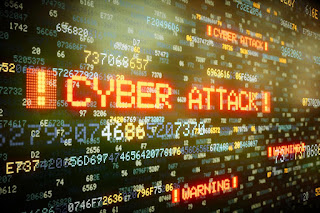 WHO Chief Information Security Officer Flavio Aggio said the hacker's identity is unknown and their intention as well, but their effort was unsuccessful. But he warned that hacking attempts against the agency and its partners have soared as they battle to contain the coronavirus, which has killed more than 15,000 worldwide.

This Cyber Attack was first flagged to Reuters by Alexander Urbelis who is a cyber-security expert who tracks suspicious internet domain registration activity. He said this activity was noticed around March 13th, 2020.

"I realized quite quickly that this was a live attack on the World Health Organization in the midst of a pandemic," he said.

"There has been a big increase in the targeting of the WHO and other cybersecurity incidents," Aggio said in a telephone interview. "There are no hard numbers, but such compromise attempts against us and the use of (WHO) impersonations to target others have more than doubled."
PublisherWisdom UchePosted atTuesday, March 24, 2020 Post a Comment
Labels#COVID19, #Tech news