Telegram Bans up to 64 Germany Channels From its Platform

Telegram recently blocked 64 German Telegram channels from using its app due to the increasingly extreme anti-vaccine conspiracy theorists that share controversial topics leading to protests and violence in the country. 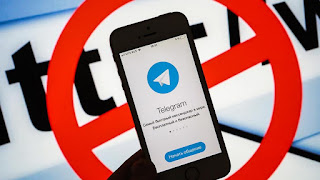 This new development came just after Germany's Federal Criminal Police Office sent shutdown requests to the messenger service, the paper said. The newspaper also added that the affected Telegram channels included Attila Hildmann, who share unverified about the coronavirus to more than 100,000 followers on the messaging service.

Germany's Interior Ministry also said that they held a meeting with Telegram representatives last week regarding the issue before the recently banned Russian Telegram channels.

Interior Minister Nancy Faeser earlier said that last month that Germany could shut down the social media platform, they were also discussing with its partners in the European Union how to regulate the messenger service.

The social media app has been the target for activists and protesters, especially as platforms like Twitter and Facebook became more responsive to government pressure to work on the spread of conspiracy theories, threats, and harmful discussions.