Fortnite Now Free on iPhone & Android, How to Download, and Play!

Fortnite is now available on Google Play Store and Apple App Store for free, thanks to Microsoft. A partnership between Microsoft and Epic Games as announced on Thursday has made it possible for users to play Fortnite for free on Android, iOS, and Windows devices. 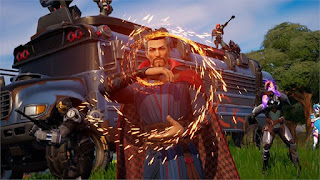 After 2 years of Fornite no longer on Appstore and Playstore due to misunderstandings between the company and Google's in-app payment guidelines, Xbox Cloud Gaming users will be able to play the game not only on their devices through the Microsoft app, but also be able to stream Fornite on internet browsers, irrespective of the hardware specifications.

Microsoft Xbox Cloud Gaming service is available in 6 markets, including the US. Some countries are not supported such as Nigeria, but they still have lots of users since lanch in 2020, over 10 million people around the supported countries.

It is very easy to Play Fornite on your Android or iPhone device for free using Microsoft Xbox Cloud Gaming service, here is what you should do: