Share
Dissidia final fantasy 012 has been on PSP and PPSSPP emulator for a while now, and most of us aren't aware of this thrilling game. It is a fighting game with action RPG elements developed and published by Square Enix for the PlayStation Portable as part of the campaign for the Dissidia 012 Final Fantasy series' 20th anniversary. I suggest you download this game PPSSPP ISO FILE because it's worth playing. 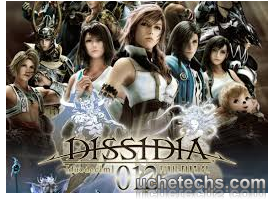 Cosmos, the goddess of harmony. Chaos, the god of discord. Reigning from distant realms, the two gods had gathered warriors from all lands to lead them into savage war. Cosmos and Chaos were of equal strength. It was believed the conflict would last forever.

However, the balance is now broken. Those who answered Chaos's call created an inexhaustible force. And under vicious attack without relent, the warriors fighting for Cosmos started to fall one by one. The conflict that has continued for eons is now about to end in Chaos's favor. The world has been torn asunder, sinking into a vortex of disorder. As for the few surviving warriors… their fates have yet to be determined. 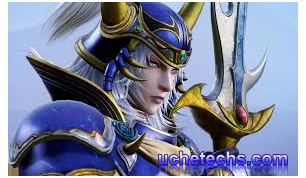 2. Ultimate cast of characters: Fan-favorite heroes and villains from the entire FINAL FANTASY series come together in one game for the first time in a remarkable new tale with fully-voiced CG movies and real-time events.

3. Fantasy match: Players select their favorite FINAL FANTASY characters, sided with either Cosmos or Chaos, to set the stage for their fantasy match.

4. Series staple battle features: Accessible through “EX Burst”, players can experience gameplay faithful to the originals through memorable battle features such as "Limit Break" and "Overdrive". In addition, longtime fans of the series can enjoy the ability to summon Aeons and options such as the “command battle” system.

5. Community: Continue the experience by trading Friend Cards, creating items and sharing AI characters with other players and even engage in virtual AI battles made possible by the PSP system ad hoc mode. 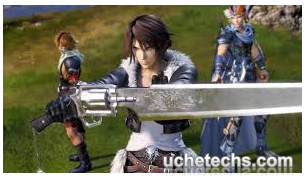 This game is a very interesting game and I as well have it on my phone. It is among the top 5 best PSP games of all time. Below are the installation tutorial and game link. 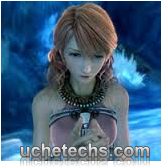 3. Now after you have successfully downloaded the ISO PPSSPP FILE, you should see it in zip format.
4. Now you have to download z-Archiver from here. I recommend this app for successful and faster unzipping.

5. Now locate the path you set your Uc browser to download the game to via -archiver and you should see the game in zip format.


Note; Before you download this game, i suggest you should have at least 2GB on you device. The game size is 1.63GB.

6. Now click on the game to extract it.
7. After you have successfully done that, you must see another folder, probably with the game's name
8 Open the folder and scroll down and you will see a disk like a file [ usually called ISO file].
9. Extract that and open your ppsspp gold
10. On the header locate 'Games' and you should see Dissidia 012 ISO FILE and any other PSP game you have downloaded will be located there also.

This game is a 3D game and game lovers can download it. The game will also be released for PS4 in a newer version in the upcoming months. You can use the comment box below and tell us what you think or any question you have about the game. Also, i have the game on my phone as of the time of this post so I will be glad to answer questions.