Review On The Upcoming FIFA 18 For PC {Updated September}

Share
Hello guys, the FIFA 18 free pc will be released on the 29 of September this year on computers, PlayStation's and Xbox's as Electronic Arts announced. Players expect to buy the production of EA Sports should look like a box with a picture of Cristiano Ronaldo on the cover if not do not buy it. This Real Madrid football player approves for the slice of the series this year. EA fire the perfectly with this choice – 'a freshly baked Portuguese winner of the Champions League this season and the main favorite to win the Ballon d’Or, the most prestigious individual prize in football'. 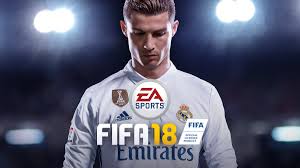 'It is a real pleasure to be on the cover of FIFA 18. It is a great feeling and I am grateful that I was elected' – said Ronaldo. According to the creators of the game players cooperation with the installment this year the series has brought a lot of benefits.'The best player in the world has contributed to the greatest technological leap we have ever made. We are very happy to work with Cristiano – worked with him much learned about his unique style of play and what makes him very special. This makes him an idea ambassador for FIFA 18' said senior producer Aaron McHardy. Below is the game's official trailer. enjoy the video and continue reading below;

I know you enjoyed that wonderful trailer, it was great right? Let's now see the game features and requirements. 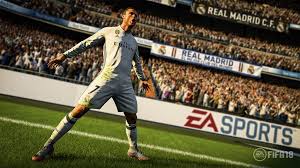 Download link will be available below when the game has been released, so check here later and when you will see the download button changed from ash to green then you should know the download link is available

How to install FIFA 18
New: The time I updated this post which was July 6, it wasn't available as some were looking forward to the demo. Now, Fifa 18 official release date for the demo is out, which is September 15, of this year 2017. You can still order the game as of now before it gets released.

If you have any question, you can drop your comment below the box. Don't forget to share this post with friends as always. Check out this trending soccer game for Andriod here.
PublisherWisdom UchePosted atMonday, September 04, 2017 7 comments
Labels#Games, #Pc games