Review On The Upcoming Pro Evolution Soccer [PES] 2018 For PC

Share
Hello guys, welcome back from the last post that we talked about FIFA 18, Now there is also PES 2018 and this is as cool as FIFA. Looks like a competition between these two. Let's talk about Pro Evolution Soccer 2018. The game should go on sale September 14 this year, also in the exception of US players who play two days in advance. Konami announces that the title will be significantly different from previous series. For PCs the most important information will be the fact that they will finally be playing on the same graphics engine as the console version. So there will be no situation where the personal computer version was significantly different from the Xbox 360 and PlayStation level. 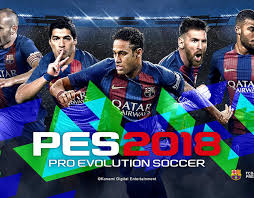 The producer wants his game to be even closer in terms of realism to what we can see on our TV screens, that means this new version of Pro Evolution Soccer we will be with a remodeled menu, real photographs of football players (Note; those who will get the license to the producer) or finally the match of the game similar to that of the real game. As for the gameplay, Konami ensures that this year’s edition of their football simulator will have more details with Real Capture, so that the animation will vary depending on the body part that we accept the ball and also its speed. The same applies to the illumination of stadiums that will match their real matches, depending on the time of the day the match is played. Also this year the system has been completely remodeled and the players’ models will be more realistic. There is also a system of free and penalty shootings that will probably resemble the famous FIFA series.
Below is the game's official trailer, enjoy the video and continue reading below;


I know you enjoyed this wonderful trailer the way i did, we can't wait for the game to be released. Let's now see the game features and requirements. 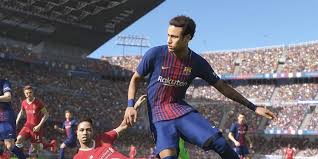 How to installation Pro Evolution Soccer 2018


Lets now wait for the game to be released, you can comment below. Have a wonderful day and see you in the next post.
PublisherWisdom UchePosted atThursday, July 06, 2017 3 comments
Labels#Games, #Pc games