Share
It took the pirates three months before they boldly claimed they have finally cracked DRM protections on Assassin’s Creed Origins. 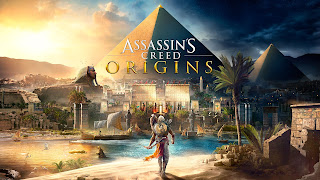 The news was released today on the CrackWatch subreddit which they said they cracked the game. Although, Ubisoft used good privacy protection measures to protect the game which is protected not only by Denuvo 4.9, but also by VMProtect and Uplay DRM, still got cracked.

This combination has caused frustration for their fans, game players as it causes performance issues in the game when running in the background.

Ubisoft denied that the anti-piracy measures affected the performance of Assassin's Creed: Origins on the PC. If this claim is true, then the game is meant to be played on a  high-end PC with high RAM and speed.

The funny part is that Ha-ckers normally take few weeks to do this when released, but this game took them 3 months to figure it its weakness.

This being the case, what will Ubisoft respond to this, and should they remove Assassin's Creed: Origins Anti-Piracy Measures?
PublisherWisdom UchePosted atMonday, February 05, 2018 Post a Comment
Labels#Tech news