Share
A new update for the Infinix users especially those using the Note 4 smartphone. There is a new development that very soon you will be able to upgrade your device to the latest Android 8 Oreo. oreo update for infinix note 4 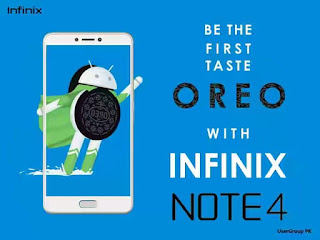 Infinix mobility is working on the beta and Android 8 Update for the Infinix Note 4 X572 device which was released last year.

Infinix which is a popular device had to bring up the update for users and some have started receiving the beta update.

Samsung devices are also yet to release Android 8.0 Oreo especially the J7 smartphones. With this infinix update, they should think of updating some smartphones.

Meanwhile, the company has not officially made a report when they will release the update. They might start with the beta update first.