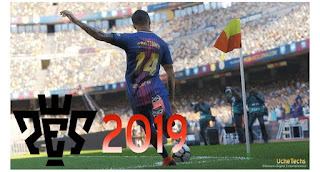 This Soccer Game will be available for Android, Pc, and consoles like Play Stations and Xbox. We haven't been informed which of these devices the PES 2019 game will be released first, but we know that this game will have cool graphics like PES 2018.

The Pro Evolution Soccer 2019 ( PES 2019) game was spotted on Hong Kong PS store and they reported several important details. The game will be released in two different edition - Standard and Legend edition. I am not quite sure what this Legend edition means, but that features David Beckham at the front cover and it might, not sure dou, but might feature old Legend players like Ronaldinho, Kaka, e.t.c,

The Standard edition might feature the normal and latest football players of our time, like Neymar, Ronaldo, e.t.c. The Pes 2019 also includes new features like improvements in players Skills, Player movements, and supports 4K and HDR.

Now the MyClub in PES 2019 has been improved. Sign up players and also get special versions. Players will be released and updated. 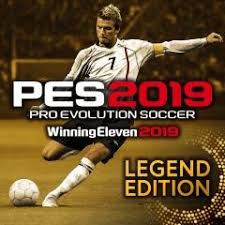 This Update has improved the player's skills and animations. Score goals and here the commentators shout in joy, now player get's tired and this affects the outcome of the match, Great goals like curving shot has been improved (R2).

AUTHENTIC LEAGUES – The PES 2019 have now been approved t entertain us with their new licensed leagues, other leagues are now included.

- Pro Evolution Soccer 2019 Game has not been released and infact, we are not sure which platform will be released first, but when available, we will surely update you.