Share
This is really a great news to us all becuase we install apps on our device that are very harmful to our devices without even knowing. To make matter worst, these apps google removed from playstore contains keylogger, which usually leads to Facebook hacks and account hacks. 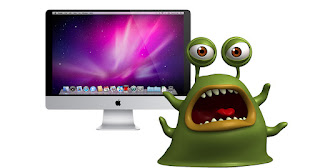 Keylogger is really a hacking method to record your phone's keystrokes and it can be used to know what you typed in your device or to monitor your phone's activity, steal sensitive information such as passwords and credit card numbers. Malware-loaded apps sometimes find a way to be published on playstore and now Google has scanned and discovered 145 infected applications which are designed to infect Windows machines.

How did Google find out? Cybersecurity company Palo Alto Networks informed Google of these malware apps which contained malicious Microsoft Windows executable files. These virus apps where released the last year 2017, between October and Nov and they were available to consumers for months before they were removed recently. The owners even went ahead and boosted the app to 5-star review.

I have experienced a Malware app using my Google account to Give it's app a 4-star review. It was a game app. All I did was to report the app to Google for it to be removed. So you can see, there are many ways these apps try to attack.

But note, these apps Google removed in specific aren't harmful to Android device, they are only harmful to Windows devices like Win 10, 7, 8 and the other versions. This can be only if the user unpacked the apps on a Windows machine and ran any of the .exe files.

“Some of the infected apps include “Learn to Draw Clothing”, an app that teaches how to draw and design clothes; “Modification Trail”, an app showing images of trail bike modification ideas; “Gymnastics Training Tutorial” an app teaching how to leave a healthy life by regular gymnastics.

Meanwhile, most users won't have downloaded these apps or know about them, but the fact remains that these Malware apps removed by Google have lots of downloads. This means a lot of users have unpacked them in Windows. Check out the full list of programs here.

While most users won’t have been affected by the apps, the number of downloads they received means at least some people could have unpacked them in Windows. Check out the full list of the malware programs.
PublisherWisdom UchePosted atWednesday, August 08, 2018 Post a Comment
Labels#malware, #Tech news