Share
Pro Evolution Soccer 2019 (Pes 19) Official App Download for Android took over the internet since it's the release last year 2018. This post contains PES 2019 App official game review, it's features and discussions on its players, improved Stats and live updates. 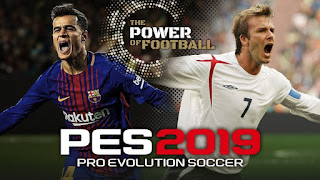 PES 2019 App Full game update came out on playstore on (December 11, 2018) and this new update fixed the error message sent to all gamers - "maintenance team is on the way, wait till they get here". If you were getting such error, download the latest PES 2019 App and check your Game now because the error has been rectified.

Since Konami Created PES 19 Mobile game for Android users, no other soccer game has beaten them in terms of graphics, players licenses, live updates or even stable server for multiplayer.  The game keeps getting better daily and Konami isn't thinking of stopping PES'S Update any sooner.

PES 2019 Android Game is an online game, that's the sad part about the game, but anything other than that, the game is addictive. You need a stable WIFI connection to play PES 2019 App, or you risk your match playing with lags and you lose them. Multiplayer strictly needs WIFI connection and not Mobile connection, I tried both and found out that WIFI is the best. But some users said the game can be played with 3MB and it will be stable, I guess I didn't realize that. Like I said, the game beats all soccer game on Google Play.

Below contains an unordered list of PES 2019 App for Android new features and updates. Before I forget, PES 19 Android game requires Android RAM of 1GB, Internal Storage 2GB, Android version 4.4 and up. Read on!

1. PES 2019's latest console match engine has been ported seamlessly to mobile devices, meaning that the power of football is finally something you can hold in the palm of your hand.

2. From the 8,000+ player animations to the team characteristic playstyles, and even the thrill of taking on your opponent--everything is the same! 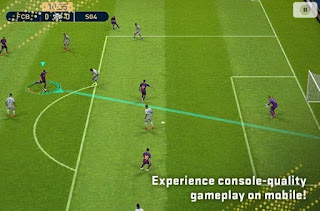 4. You'll also find that player personality is more distinct than ever before, thanks to the addition of new skills, playstyles, and goal celebrations.

5. What's more, the implementation of UNREAL ENGINE 4 will allow you to live and breathe every magical moment of the beautiful game with an unprecedented level of visual fidelity and smoother player animations.

6. Play against friends and users all over the world in a variety of ways with PES 2019 App!

7. Battle it out face to face against a friend in "Local Match" mode for an intense 1v1 experience, or gather a group of friends to create your own tournament with "Local League" mode.

8. Never let distance get in the way of a good friendly rivalry ever again, as "Friend Match" mode in PES 19 Apk allows you to quickly and easily jump into a match with any user on your friend list.

9. Once you feel ready to take on the world, you'll be able to challenge all users with "Online Match" mode. Get your team prepared for the global challenge by taking part in weekly events where you'll be able to win different types of rewards, allowing you to train your teams and vie for world dominance.

10. Official licenses of 12 new leagues from around the world have been implemented in-game.

11. From Europe, the Russian league makes its debut as a PES-exclusive, as well as leagues from Belgium, Scotland, Denmark, Sweden, Portugal, and Turkey. New South American leagues have also been implemented, with Argentinian and Chilean leagues added.

14. Players that performed well in the previous weekend's matches will be available as "Featured Players".

15. "Featured Players" will have boosted stats based on their match performance, with some even receiving new skills.

16. PES 2019 official Apk will always be aligned with the real world thanks to the new Live Update feature. Info on the latest transfers and individual player performance from real-life matches will be reflected in-game on a weekly basis.

How To Install PES 2019 Mobile App on Android


This is pretty easy since it is downloaded from the main source and not from any external sites. The game will install automatically and you wouldn't need to set up the PES 19 Apk + Obb on your Android device 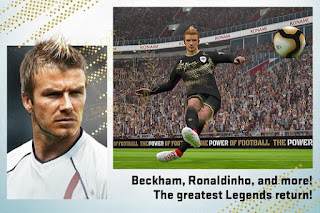