The Surprising Secret to why an Australian Teenager Hacked Apple

Share
Recently, an Australian teenager aged 17 had hacked Apple Company security system and pleaded guilty, he confessed he had some other plans for his actions. This little secret of this boy will surprise you. 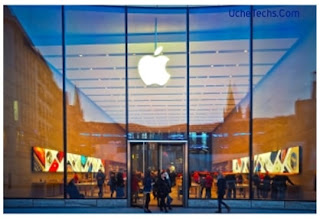 Usually, the worldwide traditional way of getting a good job at a tech company is by planning your education, get some experience in your field of interest and then pray to get an internship. But this Kid had a better plan. The boy (Name withheld) assumed he would get a job at the company after he heard of a person who was involved in a similar practice and was employed by the company.
So he hoped Apple will hire him, but this time, it didn't end the way he expected, the law enforcement had different approaches. The boy wouldn't face a conviction, but there would be a $346 US sworn testimony against him to see if his conduct justifies the belief that the safety, peace, or property of another person in the county is in danger of being injured or disturbed.

The judge concluded that the teen had been using his technological skills only for good since he started hacking at 13 years. The kid said he wants to study digital security and criminology at college and had no knowledge his hacking punishment is affecting his career.

But Apple confirmed no personal data was lost, they addressed the issue before informing the police.

What do you think about this Australian Teenager Hacker that got access to Apple? Do you think he should have been hired?