Share
Not long after the Trump administration stopped Google from Updating Huawei Android devices, the Chinese company Huawei started working on its own new operating system which will likely replace Google's Android on their new smartphones. 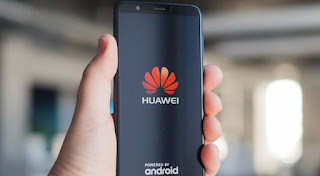 The codename for Huawei new OS is called Project Z, and it has been known that the Chinese company has actually been working on this project since 2012 when the US investigated the company. It now clear this new Operating System will be taken more seriously and could be in operation not far from now.

Although this news might be too good to be true, some sources claim that “Project Z” is nowhere near being completed. But Richard Yu, the Executive Director and CEO of the Consumer Business Group of Huawei informed the public that they are prepared to release its own operating system after the development of losing access to Android.


Read Also: 3 Phones announced by LG that wouldn't be upgraded to Android Pie until June 2019

Richard Yu, the Executive Director and CEO of the Consumer Business Group of Huawei has previously stated that, in the eventuality of losing access to Android, the company will be prepared to release its own operating system. However, sources claim that “Project Z” is nowhere near being completed.

Sources confirmed ones the new OS is released, it will be available in the domestic market for a long time, and could also be coming with 5G Network as well. The Huawei Project Z will still far from being fully released and the company is being forced to create their own OS as soon as possible, this will likely make Huawei having a rough patch in its history, hopefully, it might be better in the coming years.

As of now, Huawei will be able to keep their devices running on Android only for another three months before their license is officially terminated. We hope it gets better for the company.

What do you think about this? Will Huawei be able to complete Project Z swiftly?
PublisherWisdom UchePosted atTuesday, May 28, 2019 1 comment
Labels#Huawei, #Tech news