Never Worry About What to Do About BlackBerry Messenger Shutdown

Share
BlackBerry Messenger (BBM) is dead, meaning it has a shutdown, this was official on May 31 following the continues announcement early this year. History shows BlackBerry Messenger was one of the first messaging apps that allow family and friends to connect with each other, read messages and came with high security. 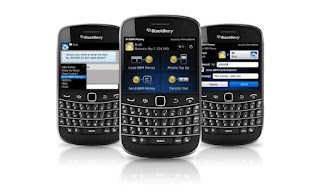 You may not really need to Worry About What to Do About BlackBerry Messenger Shutdown because there are similar Apps that have taken over, Telegram, iMessage or even (Maybe), Whatsapp 😒.

Ohh, let me even say this. WhatsApp should be considered last when choosing a secure messaging App that is end-to-end encrypted. Why messaging on Whatsapp, the third party companies have access to your messages without your knowledge, this was made evident since report revealed Facebook CEO Mark Zuckerberg wants to make it possible for users of  WhatsApp, Instagram and, Facebook Messenger to send messages to each other, without considering these Apps are of different entities where Messager and Instagram messages aren't encrypted.

Many still claim Whatsapp aren't truthful with their messages being encrypted, so imagine their merging with Apps that are clearing un-encrypted like Instagram. Might be too bad.
So if you want to use other Messaging Apps, other than Whatsapp, downloaded these:

If you are a Fan Boy of BBM, then you can try out its Enterprise App. After BMM shutdown for consumers, Blackberry announced that the App will be available in Enterprise version and it's now open for personal use.

These Enterprise versions are available for Android, iOS, MackOS, and Windows. Note that the messaging service will only be free to consumers for only a year after which will it be paid for $2.49 to be paid every six-month.

The upcoming and (for me) the best Messaging App on Google Play is still available for Free download. Telegram comes with total encrypted chats which aren't shared to other third-party company, because of this is still banned in Rusia.

To sign up, you need just a mobile number and a name. Then you can chat with family and friends or search for groups of your interest.