Share
Pro Evolution Soccer 2020 Demo for PC (Windows) has been announced, also for PlayStation 4 and Xbox. The demo contains few unlocked features such as Matchday, Master League and 14 teams which includes Barcelona and Arsenal. 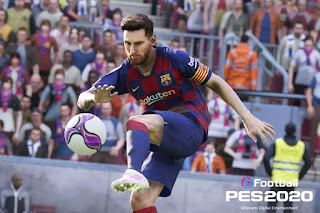 PES 2020 PC Demo is coming later this month while the steam version will be online July 30th following the demo release of PES 2020 PS4 and XBOX Demo. The demo surprisingly has  Co-op Multiplayer Mode enabled and Edit mode where you can upload custom logos, kits, and change teams data.

You get to experience the improved gameplay of Pro Evolution Soccer on the Demo. Many have watched the trialler and seen how awesome the graphics and gameplay have been improved, players reactions and skills now look more real than ever!

Now you can experience the new match day competitive mode, play the best gamers online which are of different categories - Amateur, Profesional, Top Players around the world and dominate.

The official launch of Full PES 2020 Game for PC, Xbox One and PlayStation 4 are on September 10th.