Best Mobile Games of 2019: Subway Surfers Ranks Amongst PUBG, Free Fire as Most Downloaded Games throughout the Year

Share
Best Mobile Games of 2019: Subway Surfers Ranks Amongst PUBG, Free Fire as Most Downloaded Games throughout the YearSubway Surfers Game for both Android and iOS surprisingly still have the top 10 games of the year momentum. It was ranked among the best games of 2019 in having lots of downloads and users, also expectedly, PUBG is among the list, Free Fire Game as well, what makes them the best, is it only downloads? Let's see. 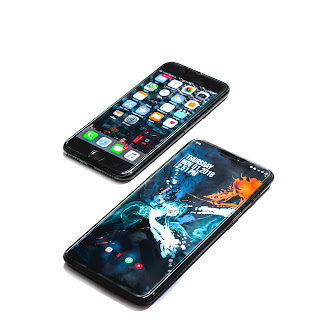 As the year's conclusion enters its peek, analysis of the best games surfaces, last year the winner was PUBG MOBILE, but this year 2019, Free Fire wins the best, while Subway Surfers slightly lost.

"This was the year for online gaming as it saw an accelerated growth with large audience participation. The exponential rise in online gaming was all because of smartphone adoption since smartphone users reached an all-time high of 3.3 billion worldwide," said John Dong, Director, Tenda, a leading provider of networking devices.

There are five best mobile games of 2019, I randomize the list, so it is not based according to the downloads only, rather it is based on its popularity and downloads of the year.

This is a shooter game that can be played on a Mobile device (iOS, Android), it can also be played online alongside 49 other players which seek survival like you. The game begins with the player on a parachute, your Aim is to be on the safe zone for long without losing. There are multiple maps, cars, weapons, e.t.c

2. Subway Surfers
Boasting over 2.7 billion downloads around the world, Subway Surfers was named the most downloaded mobile game of the decade by App Annie. Subway Surfers is an endless runner mobile game co-developed by Kiloo and SYBO Games, private companies based in Denmark. Subway Surfers, in which players escape a security guard, collect coins and dodge obstacles, is known for its regular updates, each one themed after a different world city.
It is available on Android, iOS, Kindle, and Windows Phone platforms and uses the Unity game engine. Special events, such as the Weekly Hunt, can result in in-game rewards and characters.


4. Color Bump 3D
It is an arcade game with retro graphics and bright vibrant colors. The game was released in December 2018 on Android and January 2019 on iOS as well as WebGL. In this game, one needs to control the ball and try to avoid hitting any objects that are not the same color as the ball. According to crazygames.com, the speed starts off slowly but as you progress it becomes quicker -- you must have great reactions and use swiping actions to move the ball.
The physical element of the game is interesting -- you can use the colored objects to knock other shapes out of the way. There is a plethora of levels to play, each with a different challenge and configuration of shapes.

5. Fun Race 3D
Fun Race 3D is a famous APK (Android Package) game. In this game, a player competes on challenging tracks with your opponents. Every level brings a new unique fun experience and it's easy to play. Race with others, achieve levels and unlock new characters.
"For 2020, online gaming we'll see some interesting technological advancements such as Virtual Reality, Augmented Reality and more in the gameplay itself. Besides this, storage for these games will be more on cloud not on any physical disks reducing their reliance on physical devices," said Dong.

These are the best games for 2019, you might want to play them to know why they are among the best. New Games for 2020 will be insane, with the likes of Dream League Soccer 2020, and newly released PES 2020 for Android/iOS, we can be sure it will be a wonderful year filled with cool games for Android and iOS.