Share
Almost three years ago, negotiations between Dish and WarnerMedia over HBO broke down. Both companies walked away from the table, which resulted in one of the longest carriage disputes in industry history. On July 29, 2021 (2 months ago), the epic standoff between the two companies finally came to an end. 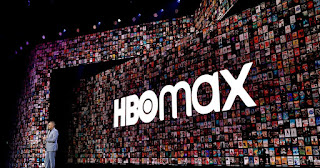 Dish has a reputation for playing hardball when it comes to carriage fees. Several months prior to the negotiations, AT&T acquired WarnerMedia, which included HBO, Cinemax, CNN, TBS, and more. The dish had been against the acquisition from the onset since AT&T also owns its direct competitor: DirecTV. The table was set for a contentious negotiation, and it did not disappoint on that front. WarnerMedia wanted to increase carriage fees for HBO but wanted it to remain part of the premium channel bundle. But the current price of the bundle was the sweet spot according to Dish. Dish walked away from the table and dropped HBO, which was only the second time that had ever happened.

The Evolution of HBO

HBO is a content and streaming juggernaut from the perspective of now, but it is important to frame the company as it was at the time the dispute happened. WarnerMedia had just begun to offer HBO Now as a standalone streaming service, which had already caused friction with companies like Dish. The service was certainly a popular viewing destination due to the buzz surrounding Game of Thrones, but it would be another two years almost before HBO Max and the great success that the service currently enjoys.

The Dish and WarnerMedia Resolution

Carriage disputes are not uncommon and have become increasingly more common as the marketplace has become more competitive. What is unusual, however, was the sheer amount of time the dispute lasted: 33 months. WarnerMedia clearly did not view the Dish platform as an imperative, and Dish clearly did not believe HBO added much value to its offerings. It probably did not hurt in both cases that Dish customers with broadband internet could simply get the HBO service as a separate product.

But much has changed since then. HBO Max is one of the most popular of such services. AT&T has also accumulated a great deal of debt due to the WarnerMedia acquisition and intends to spin it off into its own company as it recently did with DirecTV. The environment is also no longer the same. Even many of the faces have changed, and the contention that once existed simply is not there any longer.

WarnerMedia wanted a higher carriage fee for HBO Max, and it got it. Dish wanted to preserve the current price of its premium channel bundle, and it got that. Dish customers who want HBO Max can add it to the premium bundle as an add-on, or they can simply opt for it as a standalone add-on.

How It Could Matter

But the environment is different now than it once was. The dish is currently implementing a 5G wireless network that will offer service to at least 70 percent of Americans. AT&T has even partnered with Dish in order to help them do that. DirecTV is rebranding itself as a beam it or stream its operation, and an expectation that DirecTV and Dish Network will merge sooner than later is prevalent.