Nothing Phone 1 is the first smartphone from OnePlus co-founder Carl Pei's company, the smartphone is set to launch in the third quarter of 2022. Before then, the device's key specifications have surfaced online, giving an insight into what to expect. 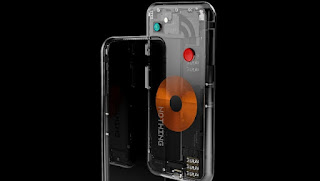 First of all, the Nothing Phone 1 is powered by a Snapdragon 788G SoC, while having 8GB of RAM, it is also expected to sport a 6.43-inch AMOLED display with a 90Hz refresh rate.

The specifications I mentioned so far were shared by Twitter user @rsjadon01, he cited a user manual on Amazon. Well, these specifications should be taken with a pinch of salt because it was not an official manual and the company is yet to officially reveal any details about the smartphone's specifications.

Well, since this specification could also come true, I have decided to review the expected specs of Nothing Phone 1.

The Nothing Phone 1 is tipped to be powered by a Snapdragon 788G SoC, it will also run on Android 12-based Nothing OS, paired with 8GB of RAM as said earlier. The device will also support HDR10+.

Furthermore, for the Camera, the phone will feature not only a 50-megapixel primary camera, but also an 8-megapixel secondary camera, and a 2-megapixel tertiary camera. As for the front-facing camera for selfies and video chats, it will sport a 32-megapixel.

The internal storage capacity of the device is believed to be 128GB, while the battery is said to pack a 4,500mAh battery with wireless charging support. An official detail of the device may surface online soon, so stay tuned.