Huawei Mate 50 series has been reported to be able to make calls and send text messages even if the battery has been totally discharged. This is a feature that will be coming from HarmonyOS 3.0, an OS owned by Huawei. 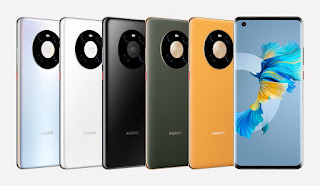 Huawei Central, citing knowseverything tipstar has reported that the upcoming Huawei Mate 50 series will be able to let users make call and send messages even with a dead battery.

This feature will be pre-installed in the Mate 50 series, giving users more features such as scanning documents and location codes adding to the calling and sending text messages features.

Though the Huawei Mate 50 series is expected to launch soon due to the smartphone series being spotted on multiple certifications websites, it is still unclear how the dead battery communication feature will work.

The report however suggested that the phone may come with a battery that can preserve some of its battery cells for when the phone dies. Speaking of the battery, it was reported it comes with a 66W charging adapter.

According to reports released earlier, we should be expecting the Huawei Mate 50 series to consist of the Mate 50, Mate 50 Pro, and Mate 50 RS, while all being powered by a Kirin 9000S SoC.