WhatsApp has released yet another interesting feature, and this time it is the ability for users to view contacts status updates from their chat list. Here is how it works, and what might interest you about this new development. 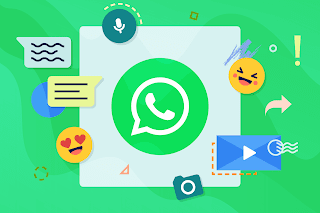 According to WABetaInfo report, the new feature for users to view status from the chats/contact list will be available to beta users on the WhatsApp beta for Android version 2.22.18.17.

How does WhatsApp View Status from the contact list work? When your contact updates their status with a text or media, you can view it when you click on the contact's display picture instead of the status sections. Users can even mute all WhatsApp status updates for Android apps easily.

The report also made it clear that this feature will be rolled out to beta testers in the coming weeks for Android, while iOS users should be expecting to get the update in the future - as we await when WhatsApp releases the official release timeline of the feature.

Not long ago, WhatsApp released a significant update to its Mac and Windows app, allowing users to use the app without being connected to the internet on their mobile device, and redesigning the interface different from WhatsApp Web UI. There are a lot of features yet to be unveiled, stay tuned for more updates.