Jobs That Are Under Threat By New Technology

Share
Have you ever wondered if a robot can do your job better than you? Reports suggest that nearly half of the workforce in certain countries, like the United States, can be replaced by an automated machine in the very near future, then there is a good chance that technology threatens your job. 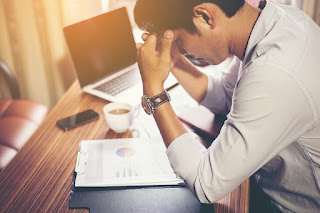 If you work in a field like telemarketing or tax preparation, there is a good chance that automation will replace your job. For some industries, software is shrinking the employment pool, like for marketers, project managers, accounts payable clerks, IT professionals, and more.

If you aren’t sure if you should worry, think about whether your job is routine and non-cognitive. If it is, there is a good chance that some robot or automation will come along and do the job for you.

Low-Skill Jobs or Low-Wage Jobs That Will Be Affected


But this doesn’t mean that if you work one of these jobs, you will never work again. It just means that employees doing these low-skill tasks will be reallocated to other tasks that require social and creative intelligence. This only includes those that will be able to adapt to these new roles.

So, that means it is more important than ever to make sure that you focus on your social skills and work on being creative. It is an effective way to ensure that your position will be reallocated instead of terminated.

uture and their overall likelihood of being automated:

1. Electronics and Electrical Drafters hold an 80.8% chance of being automated soon


2. Secretaries in the medical field have an 81.5% chance of being automated

3. Block masons and brick masons have an 82.4% chance of being automated

4. Cafeteria cooks have an 82.7 % chance of being automated

5. Streetcar and subway operators have an 86.3% chance of being automated

6. Real Estate agents have an 86.4 % chance of being automated

7. Attendants at Parking lots have an 87.4% chance of being automated

8. Highway maintenance employees have an 87.4 % chance of being automated

9. Photogrammetrists and cartographers have an 87.9 % chance of being automated


The list goes on and on. Some of the other professions include technical writers, rail-track layers, and maintenance equipment operators, chauffeurs and taxi drivers, roofers, escorts and tour guides, insurance agents, bench carpenters, and cabinet makers, and retail sales personnel.

Other Industries To Be More Automated In The Future.

Reports show a 94.5% chance that your manicure and pedicure will be done by a robot and a 94.7% chance your bills will be collected by automated systems. Say goodbye to your postal clerks and your jewelers. Even your restaurant cooks will be automated in the future. Cashiers are already being phased out in some industries and software programs have replaced your bookkeepers. The same thing goes for your bank tellers and tax preparer. Automated systems are taking over these industries as well.

There are so many industries that will be affected by automation. However, this doesn’t mean that these people will be out of work. It only means that they won’t have to do the same boring and menial tasks that they have been doing. Cashiers will concentrate on other tasks in the retail stores, that require a bit more mental capacity.

People will interact more with machines and automated systems that will perform many of the tasks that they used to do. However, there will be other tasks that will still exist and need to be done. The machines may perform some of the duties, but these are usually only low-skill level tasks. Leaving time for employees to perform other tasks.

Automation Is Scary For A Lot Of People.


However, there are so many reasons why individuals should be less concerned with automation taking over altogether.

Automation works only for those tasks that can be done by machines. Machines can’t provide exceptional customer service, go the extra mile for their customers, and make creative decisions. These types of jobs will still need to be performed by humans.

Machines can do amazing things and they will replace many of the jobs that people do today. Jobs that require negotiation, personally help others, and require you to come up with unique solutions, are likely to continue to be done by humans.

These are the jobs that will likely still be around long after machines do so much of everything else.