Share
Samsung Galaxy which is the one of the most popualr phone companies are set to manufacture an S9 of the samsung series. The leaked image of samsung galaxy s9 features a single rear camera while the bigger version which is S9 Plus will feature a double rear camera just like the Galaxy Note 8. 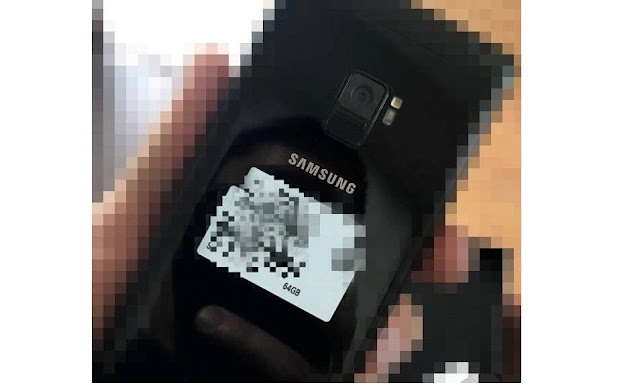 There are no new development on the sensor that the rear camera will use, but according to androidheadlines, the finger print scanner has been changed to the under of the camera in both the Galaxy S8 and the Galaxy S8 Plus. They also stated; "Samsung will ship a variant of the handset containing 64GB of internal flash storage, based on the sticker attached to the back of the smartphone"

The South Korean smartphone manufacturer is expected to launch the Galaxy S9 in the first quarter of 2018, below are the design and the internal specifications of the smartphone.


Samsung will probably launch the Galaxy S9 at the Mobile World Congress 2018 which will take place in February next year, during the event., more information about the product will likely be available .
PublisherWisdom UchePosted atSunday, December 10, 2017 4 comments
Labels#Latest Phones and Gadgets, #samsung