Share
The long waiting is finally over for as LG V30 will get Android 8.0 Oreo update mainly for USA users. The beta program update is rolling out for users in the USA after the update for South Korean users. 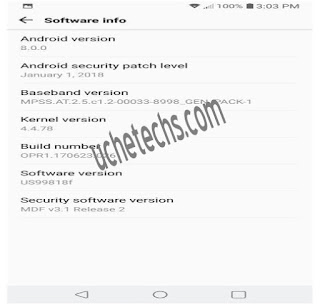 LG V30 android 8 oreo beta program is available only for this LG version with the unlocked version of the device, which is opened to a large number of users in the USA. This simply means any of the smartphone users can participate. The new LG software update features the latest security January patch for January. So many other features have been added as well, and bug fixes

Currently, the beta update is only available to the South Korea users and the US users. This update might be extended to other countries soon. The beta update is available for download, so you can try it out, or better still, wait for the stable release.