Share
Lenovo owned Moto smartphone is ready for the full rollout of the next smartphone Moto E series of smartphones called the Moto E5. From the leaked image below, we can point out the company is set to feature a fingerprint scanner for phone unlock. 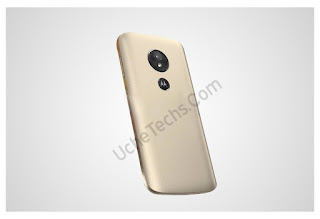 Motorolla Moto will feature a 16:9 display instead of the popular 18:9 display which might probably an HD display. It features a single front-facing camera with LED flash and the rear camera is also a single camera sensor with LED flash for a better low-end flashlight.

The fingerprint sensor will really be cool if Moto should include that in their official release as we await the announced date of  Moto G6 and other Moto smartphones of 2018 too.