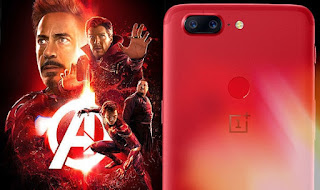 The OnePlus 6 Avengers Infinity War smartphone will be launched on May 16 in London and popular actors will be live there. This is a nice update today, and don't forget the Avengers: Infinity War was released today 27.