Share
The long-awaited feature of the popular soccer Game EA’s FIFA now has it included on their latest release of the FIFA 19 Game. 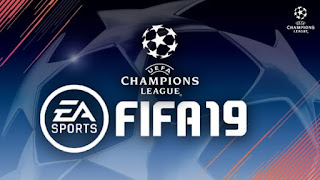 EA Sports had lacked one great feature which was the Uefa Champions League and Official WC and other tournaments like Euro 2016 Pro evolution soccer had. This update will really be a nice buildup for the official release of the game, much anticipation to all users who wants to try the game out.

Late Last month, EA Sports introduced a free update for all users who play the FIFA 18 game which they will be able to update the game to the jersey, balls, players, and teams of the Russia 2018 Fifa World Cup. EA announced this week about their rights to include the UEFA Champions League which Konami had always had.

As of now, FIFA Might be getting higher to meet Konami especially now, Konami PES just lost some teams licenses and soon to loss Champions League contract. Below is the official trailer of the FIFA 19 GAME.


That is a nice way to reveal the game to users, this will bring more demands even before the game is released. You will now be able to play international cup with high rated players like Ronaldo, and Mo Salah. All matches can be played for free on the game.

At a presentation at the E3 video game conference in Los Angeles June 10, EA announced that the next iteration of the game, FIFA 19, will be released Sept. 28. It’ll also feature enhanced gameplay, more complete tactical control over teams, and a new version of the story mode, “The Journey.”