Share
Anger of Stick 5 Zombie is an action game available for iOS and Android devices, this is a stick man game with cool updates and nice gameplay. The stick animations are great, and the fighting sequences are very creative, interesting storyline, cool weapons, and graphics. I have provided Anger of Stick 5 Zombie Mod Apk with Unlimited Coins, Gems, and Unlocked Characters. 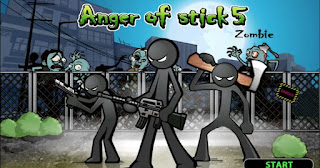 I have downloaded and played all AngerofStick Version 1, 2, 3, 4 and as expected Anger of Stick 5 Zombie Apk before doing this review. This was my childhood game, I really loved it, the game is compatible with even lower Android versions. Also, it's a Good Thing Anger of Stick 5 is an offline game, you do not really need an internet connection to play this game, you only need it when you want to pay for some coin packs or weapons.

I have also shown the gameplay of Anger of Stick 5 Zombie Mod Apk being played on my Android device. I got everything unlocked using Lucky Patcher on my Unrooted Android device. The gameplay shows how interesting the game is, with its new skill moves, gameplay, and animation, very cool.

Features and StoryLine of Anger of Stick 5 Zombie Mod Apk


A strange group of enemies appeared in the city and have been using innocent people as experimental tools.

Lots of people have turned into Zombie so that Hero and his friends should save the people and remove their enemies. 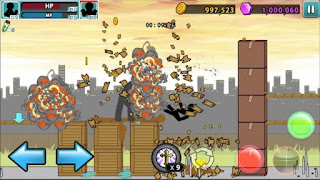 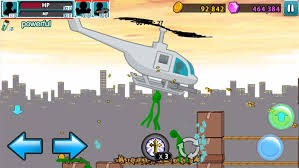 iOS users, I'll like you to be aware Anger of Stick 5 Zombie Game IS NOW FREE FOR A LIMITED TIME ONLY in Apple Store. If you enjoyed the game, kindly share with others, Gameplay Video coming soon on our YouTube Channel.