Share
Global++ is an association of hackers that makes and distributes unauthorized versions” of apps such as Pokémon Go Cracked. Niantic calls these modded applications as "Hacked" unlike how Global++ association views them as "Tweaked". 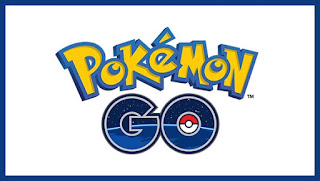 (PokeGo++, Ingress++, and Potter++)  Mods allow games to get access to premium services without paying or getting them when it should be gotten. "This is infringing on Niantic’s intellectual property rights", Niantic says in the lawsuit.

Global++ not only gives the gamers more access to features but they also Mod these Apps in such a way you get new features which weren't created in the Game such as GPS manipulation, auto walking, and sniping. But based on Niantic Terms of Service and Player Conduct code, it is against it.

“Niantic files this motion on the eve of the United States launch of Harry Potter, the culmination of a multi-year, multi-million dollar investment by Niantic, the success of which is threatened by defendants’ unlawful conduct,” Niantic says in its motion for a preliminary injunction.

This answers the question of why some users in the game get more speed or ability others can't get while playing online. This is one major reason Niantic decided to speak on the Cheat. Also, another reason that can't be left out is Niantic (Harry Potter: Wizards Unite) upcoming free-to-play, location-based augmented reality game inspired by the Wizarding World which gets released this year.

With Tweakers or Hackers out there like Global++, they can't be sure their investment on Harry Potter: Wizards Unite game will be protected, so this seems a perfect timing and well planned.

Back to the first paragraph, what do you guys think, is it Hacked or Cracked?
PublisherWisdom UchePosted atSunday, June 16, 2019 1 comment
Labels#Tech news