Share
Huawei has been faced with so many issues concerning their license lost for the Android operating system and losing access to popular App stores like Google Play Store. We learned about their new project last month and how it's still in the development stage. Now, Huawei has bought the trademark "Hongmeng" as their new replacement to Android OS. 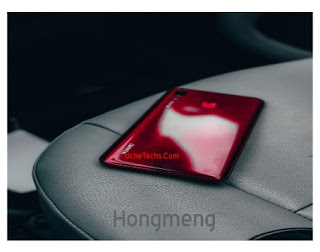 According to thesun, Huawei's new trademark has been applied in various countries and the deal is being held in more countries. Some Countries which the licensed Trademark Hongmeng has been filed are Cambodia, Canada, South Korea, and New Zealand, data from the U.N. Huawei's Hongmeng OS has also be confirmed to be 60% Faster Than Android with improvements in security.

Although President Donald Trump’s administration put Huawei on a blacklist that barred it from doing business with US tech companies such as Alphabet Inc, whose Android OS is used in Huawei’s phones last month, Andrew Williamson, the vice president of Huawei’s public affairs and communications, said Hongmeng OS is moving forward.

“Huawei is in the process of potentially launching a replacement,” Williamson said. “Presumably we’ll be trying to put trademarks.”

Huawei is using Hongmeng for smartphones, gadgets, portable computers (PC), robots and car televisions, Tech related. This shows that Hongmeng will not only be a trademark for Android but for other services they offer.