Share
If you love car racing games then you should watch out for the latest Need for Speed Heat which has been officially revealed. This is another awesome game from EA and the game's cinematic trailer was awesome. 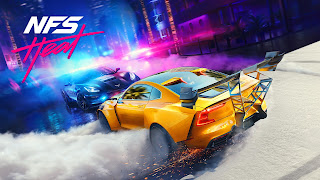 The gameplay and mechanics haven't been released yet, only the cinematic trailer but EA has confirmed that the gameplay trailer will be coming up next week opening night at Gamescom - Koelnmesse, Cologne, Germany (Tue, 20 Aug 2019 – Sat, 24 Aug 2019). The game will be fully ready for pre-order on all supported platforms PC, Xbox One, and PlayStation 4.

Opening EA's website, you'll see the countdown to the game release which is 2 days from now where the Need for Speed Hear's gameplay trailer will be revealed. To specify the date of this release on the event taking place from 20-24, it will be released on Tuesday 20 i.e the opening night and fans will enjoy this cool event as they wait for the trailer.

The Announce date was confirmed by host Geoff Keighley who tweeted that the gameplay trailer for Need for Speed Heat will debut on the Gamescom's opening night. Below you can see the full official tweet below;


The official EA website has a countdown set for Gamescom three days from now where Need for Speed Heat's gameplay trailer will be revealed. It was also confirmed by host Geoff Keighley, who tweeted that the gameplay trailer of Need for Speed Heat will debut on Gamescom's opening night on Monday - 8pm CET (12:30am IST on Tuesday). The trailer will be streamed live for excited fans across the world as well.


Need for Speed Heat's Standard Edition for PC can be pre-ordered on Origin, while the price for this pre-order is Rs. 4,499. While the Xbox version of the game's Deluxe Edition can be pre-order for Rs. 4,490 on the Microsoft store which PC users can play on their computer and finally, the last support platform (Playstation 4) can order Need for Speed™ Heat Deluxe Edition for $69.99 while $62.99 for EA Access members.

The Need for Speed Heat will be officially released on November 8, 2019, on all supported platforms.
PublisherWisdom UchePosted atSaturday, August 17, 2019 Post a Comment
Labels#Games, #Tech news