Share
Expected release date of the latest Apple iPhone 11, 11 Pro, and 11 Pro Max with battery review, estimated price, and key Specs. Here's what we know about the upcoming iPhone to be released this year. 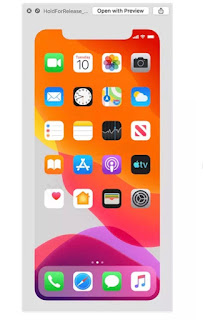 It's time to start the hype about the new iPhone devices since it's already august conclusions. Usual way Apple announces the release of a new device in early September every year at a media event on its Cupertino campus and releases the latest phones by the last week of the month of September. But there has been no confirmation yet, so here's what we know so far.

As said, the media event is where apple announces their new devices, and if it's going to happen again, this time, the event is scheduled for September 10. Also, what's trending online is the latest screenshot of the iOS 13 beta which developers should the release date to be 10th, that's how we got the information. Although historically Apple follows this calendar, it might not be accurate, but we can put our hope on this date, looking at history.

Based on the screenshot you've seen, the device will come with a bigger screen, and instead of two cameras, it will feature three cameras at the back also, the device Pro Max version is expected to have a larger screen — 6.1-inch which should be higher than the iPhone 10S device (XS).

The device will be ready for release in September this year, i.e next month, probably on the 10th of September 2019 or further November.

Professional Analysts believe the Apple new devices will have the same pricing as the current models, which are $749, $999, and $1,099.

No update concerning this feature since we got access to only the image, but we all know Samsung Galaxy S10 has a 5G network which is available now, and a new Note 10 coming with 5G which will be launched on August 23, so probably Apple's next device will feature the latest 5G.