Share
Recently there have been big issues between South Africa and Nigerian. Xenophobic attacks emerged in SA recently as they attack foreigners and their businesses in their country, now some Africa countries retaliated by targeting South Africa owned business in affected countries. 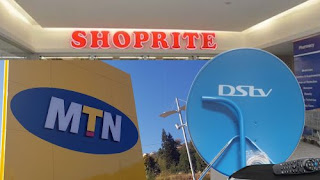 Yesterday being Wednesday, MTN suspended their services in some locations like Abeokuta after receiving information that MTN offices in Lagos were being set on fire by angry Nigerians who protested against the killings in South Africa.

According to DAILY POST, some affected staffs which their brach closed said their contract with the telecommunication company MTN hasn't ended and they haven't been paid their wages. Here's what one had to say;

"Our contract with them has not ended. We started in August. They have not even paid us. They said they will get back to us. They told us to close down when they got information that MTN offices in Lagos were being burnt. They said we should not worry that our money is safe".