Share
An iPhone was found earlier this week by a YouTuber Michael Bennett with a waterproof case under the Edisto river in South Carolina after 15 months. 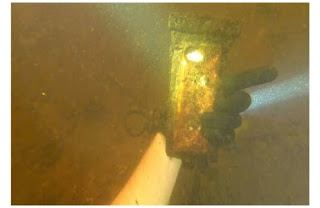 A local news channel WDAM 7 said it was hard locating the owner of the device and they were not able to unlock the phone to see if there is some information related to the owner since it is password protected.

Bennett removed the SIM card from the lost iPhone and inserted it into another phone in which he was able to get some contact information about the owner.

After getting that relevant information, the iPhone was turned to the original owner Erica Bennett - which surprisingly has the same surname as the YouTuber 😐. The phone was lost during a family trip on June 19, 2018, that's how we came up with the time frame "15 months".

The iPhone was also returned working perfectly to the owner. We still don't know which iPhone brand the smartphone was

"It was kind of emotional because the last thing I have from him is saying, 'Hey I'm playing phone tag with you, so I just figured I just text you, how are you feeling?' And I think he had called me after that. I'm pretty sure it was Father's Day," Erica Bennett was quoted by WDAM 7.