Share
Finally! The long-awaited Call of Duty Mobile Game for iOS and Android devices announced way back in March can now be downloaded. Call of Duty App is available on Google Store and Apple Store for Free! The game features nice graphics, story, and cool gameplay. 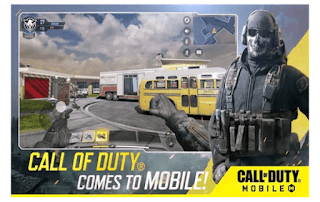 Call of Duty Mobile App is developed by Activision on a collab with Tencent, the game is really free to download unlike most new games in stores. They promise new content updates, the game is also similar to PUBG Mobile in terms of combat mechanics.

If you want to enjoy this game to its best, you need to have a sufficiently powerful phone with good gaming performance which has decent graphics and frame rate output.

In addition, to be able to run Call of Duty Apk + Data and OBB for Android smoothly, you need to have at least 2GB of RAM and your device should be running Android 5.1 and up. As for iOS users (iPhone), your OS needs to be running on iOS 9 or later to enjoy this thrilling game on your smartphone.

Related Games:
The game features have also be released and they are very similar on both supported platforms. The app features five modes which are - Free-For-All, Frontline, Team Deathmatch, Hardpoint, and Domination.

Call of Duty: Black Ops and Call of Duty: Modern Warfare Characters are also featured in this mobile version such as Alex Mason and Thomas Merrick which can be located via the augmentations settings.

That being said, below contains the official full review of Call of Duty Mobile App for Android and iOS devices.


1. Free to Play on Mobile: Console quality HD gaming on your phone with customizable controls, voice and text chat, and thrilling 3D graphics and sound. Experience the thrill of the world’s most beloved shooter game, now on your phone for easy on-the-go fun.

2. Beloved Game Modes and Maps: Play iconic multiplayer maps from Call of Duty®: Black Ops and Call of Duty®: Modern Warfare®, available for the first time for free. Or squad up with friends in a brand new 100-person battle royale survival map. Join the fun with millions of players from all around the world! 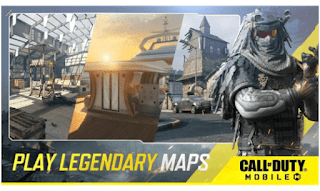 3. Your Unique Loadout: As you play CALL OF DUTY®: MOBILE (COD) you will unlock and earn dozens of famous characters, weapons, outfits, scorestreaks, and pieces of gear that can be used to customize your load-outs. Bring these loadouts into battle in thrilling PvP multiplayer modes like 5v5 team deathmatch, frontline, free for all, search and destroy, sniper battle, and battle royale.

4. Competitive and Social Play: Use skill and strategy to battle to the top in competitive Ranked Mode or to win the most Clan prizes as you play with friends. Compete and fight against millions of friends and foes in this thrilling free to play multiplayer shooter. 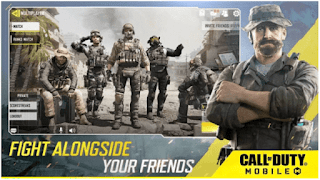 Call of Duty For [Android] Information

Call of Duty For [iOS] Information 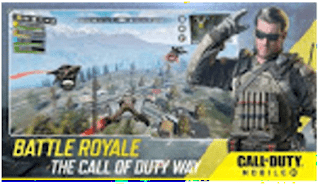 I will be providing the official download links of this game for both platforms, you can easily review the game if it's good for your device. Over time, I'll share the direct download link where you get to set up the OBB File and Data Files manually.

2. Install the Game on Android, iPhone or iPad phone.

3. Connect your device to the internet if you disconnected it after downloading the game.

4. Let the game detect the strong internet connection and then it will open.

5. Choose your Game Mode and Play for Free.

The game is not available in some regions, but fortunately, it is available for Nigerians, other South American and Asian countries to play.

It is still not cool seeing such interesting games being online, many games these days don't really play offline and Call of Duty Mobile App is no exception, it won't be available offline, not even a modded version can change this.