How To Download and Install AltStore (Alternative to Apple Store)

Share
Ever wanted to download iOS apps on your iPhone device without having to jailbreak it? AltStore is an Apple Store alternative for iOS devices which gives you access to a lot of paid applications for free and lots more such as playing Nintendo games on your iPhone. 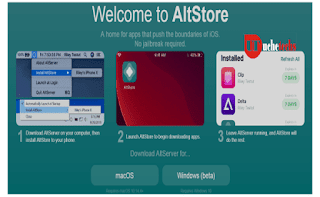 AltStore is open-source and it can be downloaded on any iOS device which enables you to get access to available apps uploaded on the store.

This app is just like other third-party Android apps like 9Apps or Muzhiwan which allows FIFA 14 Unlock Download. By using this new iOS tool by Riley Testut, you can even play NES games on the iPhone (and potentially SNES, Nintendo 64 and Gameboy Advance in the future).

iPad and iPhone users can play classic games straight from their Apple devices using the new Nintendo Emulator the software came with.

The developer Riles on 25th last month said "Very excited to officially announce AltStore: an alternative app store for iOS — no jailbreak required. Launching this Saturday, September 28, but you can download the preview TODAY https://altstore.io".

The app has been launched already, it can be downloaded for free on their official website.

In addition, it is interesting to know the installation process of this app is quite technical, it requires you have a PC for you to get AltStore installed on your iPhone or iPad phone.

I'll put you through that, but if you are curious how this app works, read on.


“AltStore uses your Apple ID to “resign” apps so that they can be installed onto your device. To then actually install apps, AltStore sends apps over WiFi to a desktop app, AltServer, which uses iTunes WiFi sync to install them back to your device.”, said Mr. Testut in a tweet. 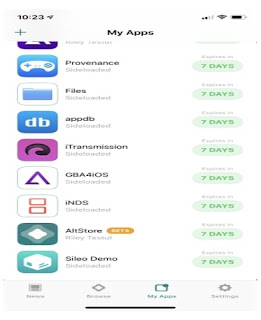 After a week, the apps installed will expire in which it cannot be used again. But AltServer application refreshes AltStore when you are connected to the same Wi-Fi network with your PC. The installed applications will then be accessible for another 1 week, then you repeat the process each week.

Before you begin, get the latest version of iTunes installed on your laptop, either 64-bit version or 32-bit version. Now over to the installation guide.

2. Connect your iPhone or iPad to your compatible PC.

3. Run AltSever Software on your computer and "Install AltStore". 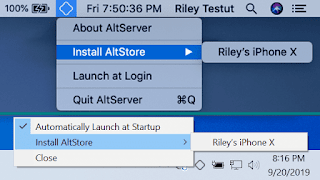 4. Select your device which will show since it's connected via USB.

5. You will be asked your Apple ID credentials, input it and wait for AltStore to be downloaded on your iPhone or iPad.

6. Sign in to your Apple ID inside the App on your phone to use AltStore.

7. Make sure your phone is connected to your PC via USB to "keep AltStore running" on your PC. 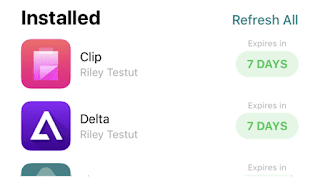 Note: Do not uninstall AltStore from your phone nor AltServer from your computer except you decided to stop using this method to get paid apps for free on iPhone.

In Conclusion: There is no certainty when this method will be brought down by Apple, but iOS users can only hope this method last longer than expected. Apple can bring this method down anytime soon.
PublisherWisdom UcheDate & Time10/01/2019 11:24:00 AMcomments 1 comment
Tags#AltStore, #Apple, #How to, #iOS, #iOS tips, #iPad, #iPhone