Share
If you are using Netflix subscription and it has been inactive for months, Netflix will cancel your accounts. This is a new development that will begin this week, this applies to inactive accounts that haven't been used for streaming for a year, their subscription will be canceled automatically 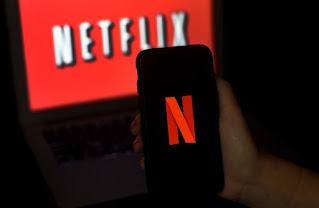 Netflix will ask the user to keep paying for the subscription, if there is no response, it will then be canceled. This update might also cause a drastic drop in Netflix earnings.
In its announcement on Thursday, Netflix's director of product innovation, Eddy Wu, noted that “these inactive accounts represent less than half of one percent of our overall member base, only a few hundred thousand.”
Read Also: Disney+ Reduces Streaming Quality Due to Coronavirus
"We're asking everyone who has not watched anything on Netflix for a year since they joined to confirm they want to keep their membership,” Wu added. “And we'll do the same for anyone who has stopped watching for more than two years.”
Inactive users will get a notification via emails or in-app notification if they want to keep their membership, if they decide they aren't interested, Netflix will keep their information such as profiles, viewing preferences and favorites for another 10 months in case they change their mind and return.
Related: Disney Hotstar Apk Latest Version Download For Android
PublisherWisdom UchePosted atSaturday, May 23, 2020 Post a Comment
Labels#Netflix, #Streaming, #Tech news