What are PlayerUnknown's BattleGrounds PUBG PC Requirements For Windows 7/10?

Share
Do you need PlayerUnknown's BattleGrounds For PC? PUBG is very popular on Mobile devices like iOS and Android, but the game is always playable on your PC (Computer). PUBG PC Requirements are our main focus because not every computer can be able to play this game smoothly, some PC will run the game slowly, find it difficult to reach PUBG Menu, Series of Bugs and Glitches, Stuttering and overheating. So before you get this game for PC, what are PUBG PC Requirements your computer needs to run this game. 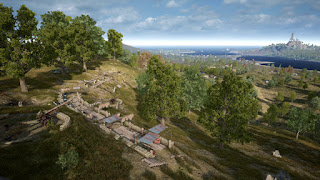 There are many PC games which are meant to be played on certain computers which meets the requirements, some games like GTA V requires your computer has 8GB RAM which runs on 2 X 4 Ram Slot rather than 1 X 8, also the games needs your PC to have a strong processor and i3 and higher and enough dedicated graphics card memory. So PUBG PC isn't an exception, you need to have a strong computer to run the game, this game has intense graphics which makes it so realistic compared to PUBG Mobile version shared severally on UcheTechs.
PUBG PC Requirements doesn't mean some computers which doesn't meet it will not be able to run the game, rather it means that you might still be able to play the game, but your frame rate per seconds will be low compared to what others will get when they play on a high-end PC.
The reason why we didn't talk about the download links, PUBG Lite Controls and installation guides is that this game is a paid game, the price is high and not many can purchase it. PUBG PC is played on the Tecent Buddy emulator or the Mobile version played on Android emulator for PC. This game is fully online and that is why there are no cracked versions available from many popular PC games downloading sites like Oceanofgames.com, e.t.c. So before you play either the emulator or the main game, here are PUBG PC Requirements and features for Windows Computers 2020.

PLAYERUNKNOWN'S BATTLEGROUNDS is a battle royale shooter that pits 100 players against each other in a struggle for survival. Gather supplies and outwit your opponents to become the last person standing.
PLAYERUNKNOWN, aka Brendan Greene, is a pioneer of the battle royale genre and the creator of the battle royale game modes in the ARMA series and H1Z1: King of the Kill. At PUBG Corp., Greene is working with a veteran team of developers to make PUBG into the world's premiere battle royale experience.
- RELEASE DATE: 21 Dec, 2017
- BUY GAME: PRICE ($29.99)

Update 7.2 is now available on Test Servers and brings with it weapon balance changes, new ways to play with fire, and the long-awaited Ranked Mode. With Ranked Mode, PUBG players can finally test their skills against the best players in the world, rising (and falling) through the ranks for great rewards and of course bragging rights.
This update also brings Bots to PC servers, which we know has been a controversial topic among the Community for the last few weeks. Rest assured, we plan on making improvements to how bots currently work, and most importantly, bots will NOT be in Ranked Mode games.

The transition from Survival Title to Ranked