Share
PlayerUnknown's Battlegrounds (PUBG) PC finally got the 7.2 update which features the long-awaited Ranked Mode available on games like Call Of Duty Mobile, Fortnite, and Apex Legends. Other updates include weapons and bot, the PUBG PC bot update has been disliked by gamers and they ask it should be removed as it spoils the fun of the game. 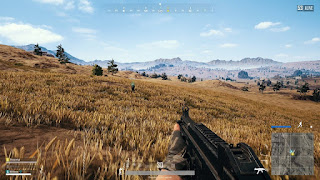 PUBG PC Bots update are not welcomed especially by veterans because they believe they will get kills fast and easy, but the developer of the game said they added bot so noobs will be able to get kills and improve their skills, this is a very reasonable statement since lack of skills means the new players will play the game less often, this happened to me.
The bot update will be available to all players regardless of their level or time of play, also the update 7.2 patch bot update will only appear in normal games, meaning if you aren't playing ranked match, then you get to play with some bots, but what to note is when your skills increases, the number of bots available on the game will keep reducing.

Speaking of PUBG PC ranked mode, this is what the fans of PUBG have been waiting for, this Mode is very hard since it will be played often by the best players, also you get to be ranked based on your killstreaks, a number of won battle royale and deathmatch. For BR, the ranked mode features only 64 players and the mode cannot be selected manually, you get added to a random map and a random mode.
Read Also:
The PUBG for the console will get the Ranked Match update on May 26, so only Mobile and PC has gotten these update 7.2 for now. Do you play PUBG? Add me up "UcheTechs" to team up with me, thanks for reading.
Related Games:
PublisherWisdom UcheDate & Time5/21/2020 12:28:00 AMcomments Post a Comment
Tags#PUBG, #Tech news