WhatsApp 30 Seconds-Limit for Video Status is back!

Share
During the initial launch of WhatsApp video status, users were allowed to upload videos on their status with the limit of 30 seconds, but it was reduced to 15 seconds to reduce the load on WhatsApp's server infrastructure. WhatsApp has finally given users more time limits for their video status and the change has begin rolling out again. 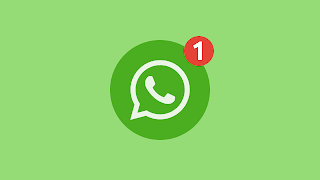 The 15 seconds limit was only implemented in India and other countries were not affected in case you were wondering why you didn't notice this if you are outside India.
WhatsApp video status update has been used more in this time where many are at home and need to send funny clips on their status for people to view, the limit of 30 seconds is to make sure they provide and stable connection for its users. If you noticed this was limited, you should update to beta v2.20.166 which should be on Google Play.

See Also: How to make use of WhatsApp 'search messages on the web' feature.

If you are still limited and have not seen an update on Google Play, then you need to head to other APK downloading website to directly install the latest version of WhatsApp, and when the update on Google Play arrives, it will still show installed and you will not need to update it again.
PublisherWisdom UchePosted atThursday, May 21, 2020 Post a Comment
Labels#Tech news, #WhatsApp