Zoom Call: Man Sentenced to Death in Singapore (May 2020)

Share
A man named Punithan Genasan who is a 37-year-old Malaysian has been sentenced to death via the Zoom Call Application. This is the first case Singapore sentence a criminal to death via remote hearing. Zoom App is becoming very useful these days as religions use it, online classes, families, and remote work interviews. 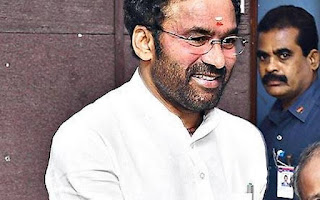 The criminal was told on Friday he would be killed by hanging for involving in a 2011 heroin transaction as the court documents confirmed while still under lockdown to reduce the effect of coronavirus on the economy and citizens.
In response to Reuters' questions concerning the outbreak, a spokesperson for Singapore's Supreme Court said: "For the safety of all involved in the proceedings, the hearing for Public Prosecutor v Punithan A/L Genasan was conducted by video-conferencing,". This is obviously the reason it had to be done on Zoom, also more reasons could be because of Zoom's stable server and free to use service.
Read Also:
Human rights groups find fault with the action made by Singapore to use Zoom for a death sentence. Amnesty International's death penalty advisor Chiara Sangiorgio said: "Whether via Zoom or in person, a death sentence is always cruel and inhumane. "This case is another reminder that Singapore continues to defy international law and standards by imposing the death penalty for drug trafficking."
"Singapore's use of the death penalty is inherently cruel and inhumane, and the use of remote technology like Zoom to sentence a man to death makes it even more so," said Human Rights Watch's deputy director for Asia, Phil Robertson.
What do you think about Singapore death sentence and also the act of using Zoom? Let us know via the comment section, share and come back for more tech news.
PublisherWisdom UchePosted atThursday, May 21, 2020 Post a Comment
Labels#Tech news, #Zoom