Share
PUBG Mobile which is a popular Android and iOS Game has come up with a new Hacker detector system which makes it difficult for cheaters to bypass the system. Also, PUBG Mobile said this new anti-cheat system will be more proactive unlike how it wasn't able to detect honest PUBG Mobile players who play fair and square. An impossible event feature will be added to the PUBG Mobile Anti-Cheat system which Tencent Games says is a second line of defense that will make it impossible or players to pass levels with just luck and skills, thereby making the game very difficult.

To know how this works, imagine a person covering a huge distance on the map very fast or defeating opponents too fast with random shots, this can be regarded as suspicious and get the account of the player banned. So the system doesn't focus on the hack used, rather its new focus is on cheating behaviors.

See Also:
The cheat detection system helps the team know new skills and fishy activities in the game so as to prevent servers from being flooded by cheaters. In addition, the server infrastructure lets the security team detect attempts by hackers to hide their trace while they mimic poor connectivity. 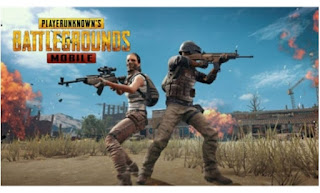 "Finally, during Update 0.15.0 we will invest more service and computing resources to gradually start rolling out improvements to our Server Infrastructure that will enable us to detect efforts to hide cheating through making it appear that a player has a poor connection, allowing us to detect these cheaters even more quickly than before", the blog post added.

So if you engage in any hack like a lazy slug, then you should know your account is at risk getting banned. The PUBG Mobile team made this clear when they said if you use VIP Hacks, Mod or Online Generators, you will be banned.
PublisherWisdom UchePosted atWednesday, October 30, 2019 Post a Comment
Labels#Games, #PUBG