Share
Ming-Chi Kuo who is an Apple-watching analyst claimed that the iPhone SE 2 is scheduled to be launched at the end of March and will go into mass production in January 2020. Here's what you should expect on the iPhone SE 2. 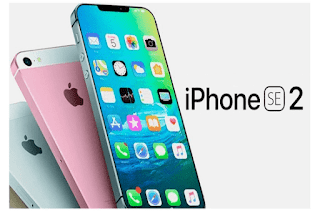 Ming-Chi Kuo said the Ming-Chi Kuo will look similar to the iPhone 8 and it will be fitting for iPhone 6 and iPhone 6s users to upgrade to this new device buy purchasing it, MacRumors reported on Monday, citing an investor note shared by Kuo, and said it will be a "key growth driver" for the company in 2020.


Apple watching analyst earlier said he phone would also have an Apple A13 SoC which is being used in the iPhone 11. The iPhone SE 2 will also feature 3GB LPDDR4X RAM and would be priced at $399 which is the same price as the original iPhone SE at launch.


Kuo said the phone will not have the 3D Touch feature, removed from the iPhone 11 by the company, but the display is 4.7-inch LCD. The device is that it will feature a Touch ID fingerprint reader, not Face ID, while the budget smartphone comes in two variants - 64GB and 128GB storage options and it comes in three colors; Red, Silver, and Space Grey.


Read Also: How To Transfer Files Photos From iPhone To Android

iPhone 8 will stop selling when the iPhone SE 2 has been launched, this is done this way to create room for the new offering.

The official specifications and features of the iPhone device will be gotten later, as for now, these are speculated specs since there are no leaks online, although this information came from a verified source.
PublisherWisdom UchePosted atThursday, October 31, 2019 Post a Comment
Labels#Apple, #iPhone, #iPhone SE 2