Share
Samsung Galaxy Note 20 phone which is yet to be launched has gotten some leaked renders online. The flagship smartphone will be bigger than the Note 10 in size, it will also be launched via an online event in August. 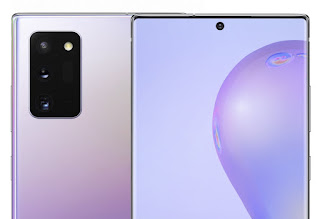 The device will feature a 6.7-inch display with a small hole-punch on the center of the screen with slim bezels, said by Pigtou. The device volume up and down buttons are at the right-side where the power button is also located.
As expected, it will feature a USB Type-C port. Additionally, it will come with the S-Pen slot since it is a Note device and also a speaker grill. 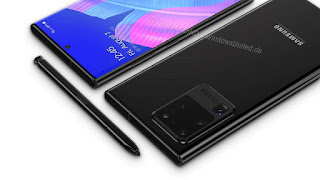