India Government Bans More 47 Chinese Apps [What You Should Know]

Share
47 More Chinese Apps has been banned in India, adding to the previously 59 Banned Apps. Recall that the India Government banned 59 Chinese apps late June 2020. The reasons remain that they want to 'protect national interest and security', those apps violated the privacy of users, as claimed by the Government, including the popular TikTok app. So what other 50 more apps were banned, here's what you should know about them. 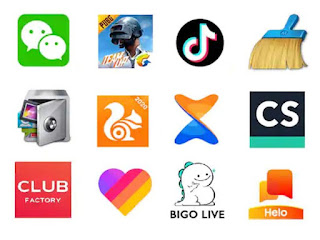 The newly 47 banned apps were not banned because they are Chinese apps, though they are, rather because they operated as a clone to the banned applications in India. The huge list of these newly banned applications are yet to be announced, it has been reported the list will be shared officially shortly. After the government of India banned apps like SHAREit, UC Browser, etc it was announced under the provisions of Section 69A of the Information Technology Act.
Additionally, sources said that the India Government has also prepared a list of over 250 apps that will be examined for privacy and national security violations. They have confirmed the new 47 Apps to be banned and only the list remains to be announced. Those clones apps obviously would not be coming from the developers, since they have other huge usages in some countries, rather those clones might be fan-made, though possibly harmless.
There have been speculations that some top gaming Chinese apps like PUBG Mobile will be added to the new list of banned apps very soon. That's speculation though, the India government hasn't really said anything concerning that decision.
In other for the ban to be imposed on the country, the India Government ordered Telcos - a telecommunications service provider, that provides telecommunications services such as telephony and data communications access - to block internet access to those banned apps in the country and their related websites from being accessed, though some use VPNs to bypass that restriction. Additionally, Google Play and Apple Store stopped displaying those apps in the store for the country.
PublisherWisdom UchePosted atTuesday, July 28, 2020 Post a Comment
Labels#Tech news