Age of Empires III: Definitive Edition to Release on October 15 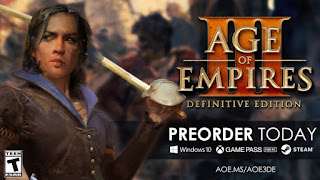 Age of Empires III is a real-time strategy video game developed by Microsoft Corporation's Ensemble Studios and published by Microsoft Game Studios. The game was released on 18 October 2005, since then the prequels of the game like Age of Empires I & Age of Empires II has gotten their  Definitive Edition, that was 2018 and 2019 respectively, now the third title is getting its update on October 15, 2020.

Age of Empires III: Definitive Edition comes with impressive upgrades, the new reveal trailer shows the game has been 'Rebuilt for a new age'. It also shows that the game comes with 4K Ultra-HD graphics and enhanced audio to ensure an immersive experience. Additionally, the characters are now clearer as seen on the trailer, this also applies to the upgraded textures. 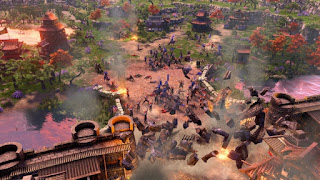 Age of Empires III: Definitive Edition comes with new gameplay options like the newly added civilizations – the Incas and the Swedes. New game modes were added - Historical Battles and Art of War.


The game will be available to play on PC and Xbox only, it is set to release on 15th next two months as of the time this article was written. Currently, it has been listed for pre-orders on steam, this is priced at Rs. 529, and on the Microsoft Store, priced at Rs. 1,299. This game can be enjoyed for now as we await the long-anticipated Age of Empires IV.
PublisherWisdom UcheDate & Time8/28/2020 05:57:00 PMcomments Post a Comment
Tags#Age of Empires, #Tech news