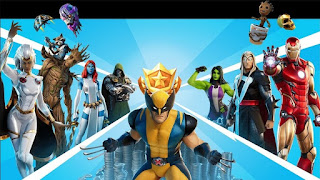 Fortnite game is just like Call of Duty, PUBG & Free Fire games, it is available on different platforms like iOS, Microsoft Windows, macOS, Playstation, Xbox, and Nintendo. Though it is also available for Android, it is not on Google Play after some disagreement on the percentage of fees taken from the developers for publishing it on the store. So updates are gotten from their website, also Fortnite won't get Apple updates due to lack of direct payment feature on the game by Epic.

Fortnite Chapter 2 Season 4: Nexus War comes with new elements from the Marvel universe, this is the greatest partnership from the game. The new Battle Pass will give players the chance to unlock character skins like Doctor Doom, Storm, Mystique, Groot, and She-Hulk. Obviously, Iron Man will be very expensive and hard to get being Marvel's fan's most-liked Super Hero since Avengers Endgame.

The trailer of the game on YouTube shows the Mighty Thor summoning available Marvel Heros to the Fortnite Island to fight against fast approaching Galactus, Marvel's greatest Villan, even stronger than Thanos. Also, it seems that Wolverine will be added as a character skin later in the season. 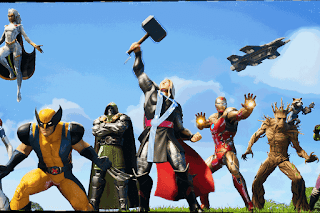 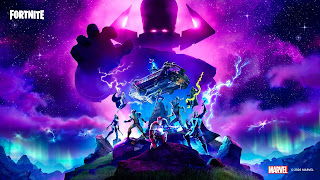 Knowing how Fortnite game works, you will be able to use the superpowers of your characters in the game, powers like; Doctor Doom's Arcane Gauntlets, Groot's Bramble Shield, Silver Surfer's Board, and more as these updates come later in the season 4 game. The developer talked about a new weapon that gets added to the game known as the Stark Industries Energy Rifle, they said that this weapon has a "different benefit depending on how you aim."

In other to get powerful weapons while playing Battel Royale, you need to head to Quinjet landing sites where you'll see Stark Labs Drones, so shotting them down brings the weapons and hero abilities. For those who purchase the Battle Pass, they qualify to complete special quests of each superhero to unlock a "built-in emote that reveals the hero or villain within."

So, starting from November 30 of 2020, the Fortnite Chapter 2 Season 4 Nexus War begins, it will be playable on Android and other platforms except for iOS till the issue mentioned in this article is resolved. Till then, keep up with us on Facebook & Pinterest, also comment and follow us by email.
PublisherWisdom UchePosted atThursday, August 27, 2020 Post a Comment
Labels#Fortnite, #Games, #Tech news