Share
PUBG Mobile 1.0 update will be coming out on September 8, I have reviewed the upcoming features of the game. The 1.0 update brings a host of improvements and changes including new tech, new UX, new gameplay features, and more. 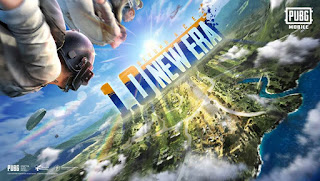 The update comes with a 'new era' to the game, PUBG Mobile said that the PUBG MOBILE Global Championship (PMGC) esports event will be with a prize pool of $2 million, this will take effect late in November.

The new 1.0 updates are aimed to offer 'the most authentic and immersive experience on mobile'. Characters improvements, environments both in-game and lobby, and gunfights, new smoke muzzle flashes, air blasts, and enhanced realistic scope customizations. Additionally, parachuting, throwing, and sprinting have been improved.

Furthermore, PUBG Mobile New Era v1.0 has improved the models and texture quality, and lighting systems have been improved to add more realism to the sky, water, and vegetation.  Sound effects have been improved, interactions, visuals, and motions. PUBG Mobile has an exclusive multi-screen switching mode, also Games, community, and purchases have been separated into three spaces for easier navigation.