Share
PUBG is getting a new update and features to the Sanhox map very soon, the new enhancements have been shared by the developers on Twitter with a 30 seconds clip for version 8.1 update patch notes. This new PUBG Sanhox map update and features will be implemented as part of the 8.1 update for the PC version of the game on the same date, while the console users will get theirs July 30. 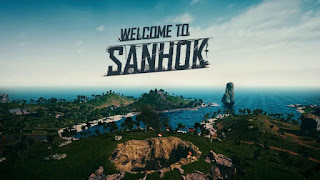 On the video tweet by PUBG official, we can see some updates on the Sanhok map areas like the Quarry, Cave, Ruins and others have been updated. Looking at the video, you can see a sneak peak  of the armoured truck, the mechanics, functions and changes of the truck too. You can see more information about the truck when you check the patch notes for version 8.1 update coming to PUBG.
Additionally, there will be a new tactical weapon which will be introduced to the map, it is decoy grenade. When this grenade is thrown, it creates a sounds of gun shots, this is useful to distract enemies making them think an enemy is targeting them from that location and then you get your chance to attack. To identify the grenade, it looks like a regular, but it has a yellow band across it, making it stand out. 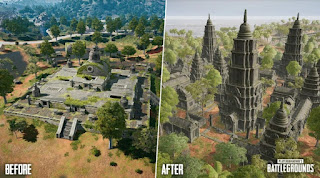 Version 8.1 will also come with other changes like a reloaded weather map balancing, gas-can improvements, die-hard missions, and lot more. The update will be on live servers July 22, while test server gets access 7 days earlier, July 15.
Please note these changes and features will be made to the PC version and Console version, dates are July 22, and July 30 respectively. It is still unknown if it will rollout on PUBG Mobile.
PublisherWisdom UchePosted atTuesday, July 14, 2020 Post a Comment
Labels#Tech news