Share
Today, I will shared the Best Notepad++ Android app that helps you edit HTML, CSS, and JAVASCRIPT Files, the app can be used for coding or storing important data. Non Android app can be compared to Windows Notepad and Notepad++, nevertheless, I've been able to find apps that lives up to the requirements to be among the best. 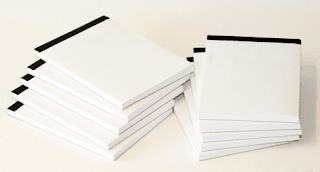 Most devices comes with notepad, or let call it Memo, but those aren't good for coding, it's best for those who wants to store little piece of information. But Notepad plus plus Android is different from those apps, just like Notepad for Windows is. If you want to code on your mobile device, you can get Notepad for Android app (code editor) which will help you in your programming.
Obviously they won't work as great as Notepad++ app for PC, but these mentioned apps can help you with simple tasks. So below are the best Notepad For Android in 2020 free download.
READ ALSO: ZArchiver Tutorial on how to Extract (.Iso Files) and (.Rar/Zip Files)

Google Playstore has many official applications, these apps aren't from the same developers of the Windows version, these are fan made, and so they might not work too great, I have mentioned some Pros and Cons of each apps individually, based on experience and users reviews. So below are the Notepad For Android devices below. 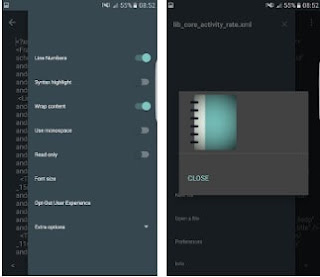 Here is a good app you can use for storing little pieces of informative texts. It allows you to line numbers, has Syntax highlights, changes the code to read only, rename, save and find a text. It supports Android 4.0.3 and up. What are the disadvantages, this app is almost a replicate of the next list, it doesn't run your codes, it adds line breaks when copying text from within the code editor and crashes on most devices. 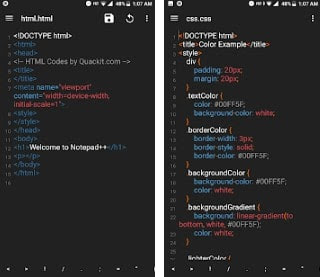 This code editor has given me hard time, it is a great app and helps in CSS, HTML, and Java script coding, but Android 10 devices faces a problem in which an additional code is added after saving the file. This makes the work hard and most time you have to re-write the whole code again, happened to me several times when updating config files and servers for our VPN. I won't recommend this if you want to use it on Android 10, but it is a great app with good code editor! 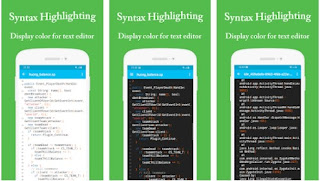 YOU WILL LIKE: What is VOVA? Learn how to earn up to $20 per referral
This is one of the best notepad for Android app, it works great on Tablets and Mobile devices. It is easy to use, you can open a recently saved file on your device. It supports multiple languages like (.txt, .html, .js, javascript, c++, c, python, ruby, lua, sql, json, xml, react ...). Also, what makes this the most recommended is it lets you see the changes of text on a web browser (run text). 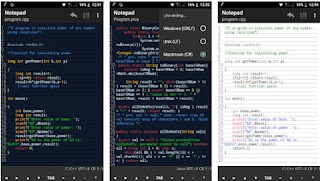 This is another cool app that can be used for programming and coding, this app has a lot of features which are offered for free, it can also be downloaded on any Android device. It supports different languages and you can save your work too. Sadly, this app has a bug which closes all your work when minimized, so you need to save your work first before minimizing it. 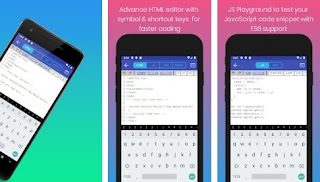 Here is another Notepad Plus Plus that works not online, but offline for Android phones. This is an HTML, JS, CSS editor & viewer, you can test your html, html5, css3 & JavaScript code anytime you want. Whats more is, EASY HTML provides you many predefined & commonly used elements, script actions & class properties as one touch action.
So these are the best Notepad for Android app for Android 2020, please comment and share with others too.
PublisherWisdom UchePosted atSunday, July 12, 2020 Post a Comment
Labels#Apps, #Top list