Share
Suicide Squad: Kill the Justice League is an upcoming DC game that will be released for computers, Playstation 5, and also the Xbox Series X console. We've covered the release date of the game, it's added features like co-op multiplayer, and also characters featured. 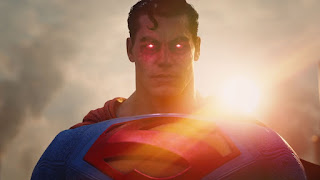 Set in Metropolis, Suicide Squad: Kill the Justice League Game leaves you as the supervillain, you control the Harley Quinn and her teams like Deadshot, King Shark, and Captain Boomerang. The game mission is for you to defeat the Justice League heroes such as Superman and Batman.


Suicide Squad: Kill the Justice League can be played in solo mode or in 4 players online co-operation. Just like Marvel Ultimate Alliance, playing solo means you can switch to other players that are being controlled by the AI (bot).is out in 2022 on PC, PS5, and Xbox Series X.

This new DC game made by Batman: Arkham studio released a teaser trailer that you can see above, it is set to release in 2022.
PublisherWisdom UcheDate & Time8/23/2020 10:48:00 PMcomments Post a Comment
Tags#Games, #Tech news